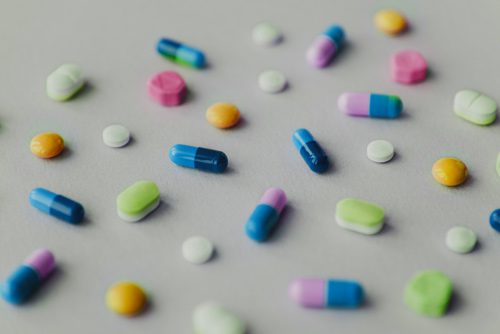 If a person takes a prescription medication in a way other than it was prescribed, they are misusing the medication. Can a person go from misusing a prescribed drug to becoming addicted to it? Yes, they most certainly can. Over time, the drugs create changes in the user’s brain, affecting their ability to make good decisions and exercise self-control. Soon, the physical need for the drug becomes so intense that the person must take it to feel normal.

How Often are Prescription Drugs Taken?

A survey by the National Center for Health Statistics showed that about 46 percent of the U.S. population uses one or more prescription medications. Additionally, research by the National Institute on Drug Abuse (NIDA) shows that approximately 52 million people in the U.S. aged twelve and older have used prescription medications for nonmedical reasons at some point in their lives.

Which Prescription Medications are Most Commonly Misused?

Opioids relieve pain by reducing the strength of the pain signals sent to the brain. Since the 1990s, more of these types of medications have been prescribed by doctors, mostly because of the increasing age of the population and the fact that more people are living with chronic pain. The most common prescription medication in this class of drugs include:

In the past, stimulants were used to treat many types of disorders and ailments including neurological disorders, obesity, and respiratory problems including asthma. As medical professionals realized their strong potential for leading to addiction, they stopped prescribing them for many illnesses. Today, stimulants are mostly prescribed to treat ADHD, depression, and narcolepsy. Stimulants increase attention, energy, and alertness. They also elevate heart rate, blood pressure, and respiration. The most common prescription medications in this class of drugs include:

Millions of people in the U.S. are prescribed central nervous system (CNS) depressants. These medications are called benzodiazepines. They affect the neurotransmitters in the brain that release the chemical gamma-aminobutyric acid (GABA). This chemical makes the person feel very calm or drowsy by lowering the brain’s activity. The most common prescription medications in this class of drugs include:

A person struggling with opioid dependence or addiction may have a decreased appetite and weight loss. They may have frequent flu-like symptoms, decreased libido, poor coordination, and poor judgment. They often isolate themselves from their family and friends, lose interest in things they once enjoyed, have poor personal hygiene, or have financial difficulties. Additional signs include:

Anxiety, agitation, and paranoia are signs of stimulant dependence. Additional signs include:

Signs of Misuse of Depressants

A person misusing CNS depressants often has a poor memory and difficulty concentrating. Other signs include:

If You Need Help

If you or a loved one is misusing prescription medication or struggling with an addiction to alcohol or drugs, you are not alone. Reach out for help. At English Mountain Recovery, located in the Smoky Mountains of Tennessee, our professional team can answer your questions. Give us a call, and let us help you get started on your road to recovery.

Looking for pill addiction treatment center in Tennessee? To learn more about programs offered at English Mountain Recovery, call and speak with someone today at (877) 459-8595. We are ready to help you or your loved one recover.
0Shares
PrevNext