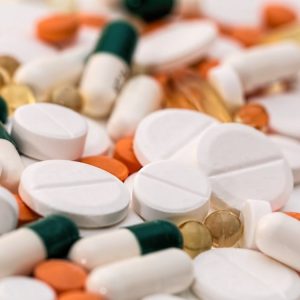 At one time, doctors viewed opioids as effective, though highly dangerous, drugs.

They were only used in specific situations, such as for patients who were terminally ill, who had just had surgery, or who had been severely injured. In the 1990s, opinions about this class of drugs changed, as pharmaceutical companies promoted their product as being non-addictive and safe for patients with less severe pain.

The idea of opioids being non-addictive is one of the myths about this type of drug that has now been debunked. There are other myths about opioids that still linger, and it’s important that they be clarified as well.

Myth #1: Prescription opioids are bad medicine and shouldn’t be used by anyone.

Fact: There isn’t anything inherently bad or wrong about any type of prescription drug. They are tools to be used by doctors for their patients. The potential benefits of prescribing an opioid pain medication (effective pain management) must always be weighed against the potential risks of using the medication (addiction and death).

Myth #2: Opioids are the best option for treating chronic pain.

Fact: Researchers have found that opioids are no better at treating chronic pain than other remedies available, and they put patients at higher risk. Doctors have other options for treating chronic pain, including acetaminophen, ibuprofen, certain antidepressants, other non-opioid medications, massage, acupuncture, exercise, and meditation.

Opioids are effective for treating pain after surgery or an injury. They are also effective for pain from cancer or when used for end-of-life care.

Myth #3: Opioid dependence and addiction are the same thing.

Fact: There is a difference between physical dependence and addiction. As a patient takes an opioid over a period of time, it’s likely he will develop a physical dependence on the drug. If he tried to stop using it all at once, he would experience withdrawal symptoms. For this reason, his doctor will have him slowly “wean off” his dose by gradually lowering it.

Physical dependence is one of the signs of addiction. However, an addiction is much larger than just experiencing withdrawal symptoms when a person’s drug of choice isn’t readily available. It also includes compulsive using despite negative consequences and losing interest in family obligations and hobbies.

Myth #4: Opioid addiction only happens if a person has a history of addiction.

Fact: While having a family history of substance abuse does increase the risk, it doesn’t have to be present for an addiction to occur. Someone who has no previous personal history of addiction can still become addicted to opioids.

Myth #5: Most opioid drugs are obtained from illegal sources.

Fact: Heroin is an illegal drug that is sold on the street. Prescription opioids that are abused are obtained from a number of sources, such as:

Myth #6: People who abuse opioids like heroin are likely poor and live in big cities.

Fact: Heroin use has increased across most population groups in the US. According to the Centers for Disease Control (CDC), heroin use has increased sharply for men and women across all income levels. The CDC reports some of the most significant increases across groups with the historically lowest rates of heroin use, including people with higher incomes and those with private insurance.

Myth #7: All opioid drugs carry the same risk for abuse and addiction.

Fact: Opioid drugs come in different formulations and strengths. Some of them are meant to take effect quickly and then taper off, while others are formulated for long-term relief. For example, hydromorphone and fentanyl are examples of opioids that are several times stronger than morphine.

Myth #8: Abuse-deterrent formulations of opioids will be a significant tool to fight the opioid crisis.

Fact: Abuse-deterrent means that a pill is more difficult to dissolve in water so that it can be injected or crushed so that it can be snorted. It doesn’t mean that taking this form of an opioid is less likely to lead to addiction.