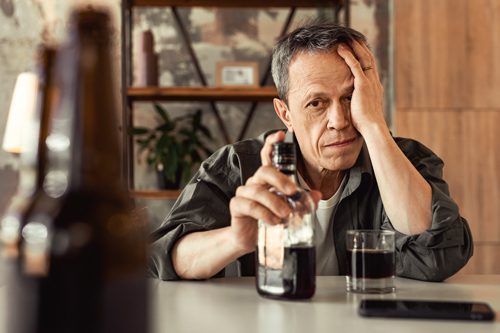 In the United States, one of the most common patterns of alcohol overuse is binge drinking. In fact, of all the alcohol people consume, over fifty percent is served while those people are binge drinking. But many people do not understand what binge drinking is or believe that they are engaging in it.

According to an article on PSYCOM, binge drinking occurs when alcohol is consumed in a pattern that results in the person’s blood alcohol concentration, or BAC, being 0.08 grams percent or higher. For a man that would be drinking about five drinks in approximately a time span of two hours. For a woman, it would be roughly four drinks in about the same time span. For those 60 years old and older, it is defined as having three drinks a day for men and two drinks per day for women.

A drink is considered to be:

Binge drinking is not limited to any specific age group or gender. Although it is most common in people aged 18 to 34, those aged 35 and over consume more than 50 percent of all the binge drinks. It may surprise you to find out that according to the Centers for Disease Control and Prevention (CDC), about four times a month one in six adults in the United States binge drinks an average of seven drinks each time. That is 467 drinks per person annually, totaling 17 billion binge drinks per year.

The article also included these additional facts regarding binge drinking:

Why Do People Binge Drink?

People binge drink for many different reasons. Sometimes it is because they feel anxious or uncomfortable in social settings, or they feel social pressure. They may drink to forget their problems or simply to have fun and get high with their friends. Other people binge drink alone. They want to keep their drinking a secret from their loved ones. Some younger people may feel pressure from their peers at certain events such as parties, sporting events, or proms. Others enjoy playing drinking games.

The Dangers of Binge Drinking

According to Healthline, even one night of binge drinking can have serious effects on your brain and your body. When a pattern of binging develops over time, serious and permanent damage can occur in specific parts of the brain that affect how the person practices self-control and experiences pleasure. When this happens, the person finds it more difficult to say no to alcohol, which often leads to alcohol addiction.

Binge drinking is linked to many health problems and injuries resulting from car accidents, burns, falls, and alcohol poisoning. It is often the underlying cause of violence including homicide, sexual assault, intimate partner violence, and suicide. Sometimes it results in sexually transmitted diseases or unintended pregnancies that often have poor outcomes, such as miscarriage and stillbirth. Babies often have fetal alcohol spectrum disorders or die of sudden infant death syndrome.

Binge drinking can have serious and even deadly effects on your body.

Binge drinking can also cause learning and memory problems, anxiety, depression, and psychosis.

If you or a loved one is misusing drugs or alcohol or struggling with an alcohol or drug addiction, you are not alone. Call and speak to a professional at English Mountain Recovery, located in the Smoky Mountains of Tennessee.We will answer your questions and help you start your journey to living a clean and sober life.

To learn more about programs offered at English Mountain Recovery, alcoholism treatment in Tennessee, call and speak with someone today at (877) 459-8595. We are ready to help you or your loved one recover.
0Shares
PrevNext