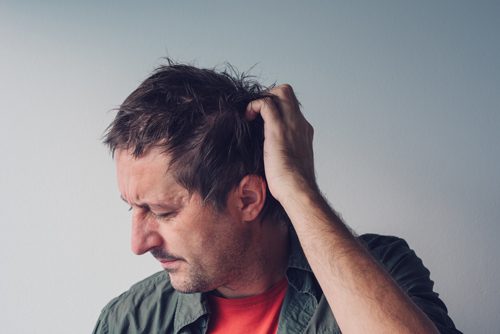 When a person experiences a blackout from drinking an excessive amount of alcohol, they do not necessarily pass out. Typically, the term “blackout” refers to the amnesia brought on by alcohol. During a blackout, the intoxicated individual is often fully conscious and able to engage in various activities, such as talking or walking. However, they will have no memory of what they did during the blackout period.

What Causes an Alcohol-Induced Blackout?

The most common cause of blackouts is a rapid rise in blood level concentration (BAC). A blackout normally occurs when the BAC reaches 0.14, or 14%, which is almost two times the legal limit. This is usually caused by binge-drinking a great amount of alcohol in a short period of time. A rapid rise in blood alcohol levels can also occur if the person is dehydrated or drinks on an empty stomach.

According to Live Science, a person can also suffer from milder forms of memory impairments called fragmentary blackouts. These types of blackouts are commonly known as “grayouts” or “brownouts.” When a person experiences a fragmentary blackout, they remember small bits of what occurred during the blackout period if they are given clues.

In the past, blackouts were thought to be one of the three main indicators of alcoholism. Today it is understood that alcohol-induced blackouts are directly related to the rapid increase in blood alcohol levels. They are not the result of a substance use disorder or heavy drinking. If a person has a single alcohol-induced blackout, it means they drank too much one time. However, repeated blackouts or episodes of drunkenness are a good indication of an alcohol use disorder.

The Dangers of Alcohol-Induced Blackouts

Due to the high level of intoxication needed for a blackout to occur, psychological processes such as decision-making are highly impaired during this time. When a person blacks out, they are able to continue to engage in activities and hold conversations as they normally would. Because they can remember what happened before the blackout, they are able to carry on their conversations and recall stories from earlier while they were intoxicated.

Not everyone appears the same during a blackout; it depends on how much they drank and how impaired their brain functions are. One person may appear very drunk, and another may appear to be barely intoxicated. Blackouts are extremely dangerous since the person often engages in dangerous or risky behaviors that can lead to harmful or possibly life-threatening situations.

Examples of these behaviors include:

According to an article from the National Institute on Alcohol Abuse and Alcoholism, the brain’s signal that controls the gag reflex is delayed by alcohol. A person that has overdosed on alcohol or blacked out could choke, suffocate, and die if they vomit while they are sleeping because of the loss of the gag reflex control.

Recognizing a Blackout – Signs and Symptoms

Since a person is likely to conduct themselves in a normal manner, it is often difficult to tell when they are experiencing a blackout. Here are a few things to watch for that may indicate a blackout:

If you or a loved one experiences alcohol-induced blackouts or suffers from a substance use disorder, there is help available. The professional staff at English Mountain Recovery, located in the heart of the Smoky Mountains in Tennessee, can answer your questions and guide you along your journey to achieving a clean and sober life.

To learn more about programs offered at English Mountain Recovery, alcohol rehab near Knoxville, TN, call and speak with someone today at (877) 459-8595. We are ready to help you or your loved one recover.
0Shares
PrevNext