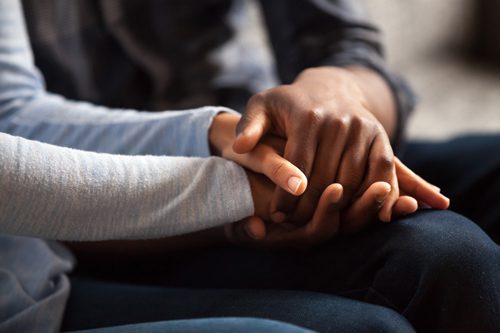 When a person takes their first alcoholic drink or uses their first drug, they are probably not contemplating suicide. But for many people, the first drink or drug use is the beginning of a life of substance abuse and addiction. When someone is addicted to drugs or alcohol, they are at increased risk of suicide.

According to a report by the Substance Abuse and Mental Health Services Administration (SAMHSA) individuals with a substance use disorder have a ten to fourteen times greater risk of suicide than the general population. Opioids and alcohol are associated with the highest risk of suicidal behavior. Approximately 22% of suicide deaths involve alcohol, 20% involve opioids, 10.2% involve marijuana, 4.6% involve cocaine, and 3.4% involve amphetamines.

The Link Between Addiction and Suicide

Although the link between substance use disorders and suicide is clear, research has not yet pinned down the reasons the two are linked. What we know so far is the following:

Many times, symptoms of mental illnesses like bipolar disorders, depression, and anxiety can be triggered by drug and alcohol abuse or addiction. These types of mental illnesses are strong risk factors for suicide and may have been brought on by a substance addiction. It is also possible that some people with untreated existing mental health disorders self-medicate with drugs or alcohol. The combination of untreated disorders and substance abuse could lead to a worsening of their condition, resulting in thoughts of suicide.

Addiction and Suicide by Poisoning

In addiction-related suicides, it is often the drug itself that is used as the means of taking one’s life.

The third most common method of committing suicide is poisoning, and 75% of those deaths involve alcohol or drugs (as opposed to substances such as household chemicals or carbon monoxide). Prescription drugs are the most common type of drugs used in suicide attempts and are often combined with alcohol.

When a person overdoses on a drug, it is often very difficult to determine whether it was intentional or accidental. Unless the person told someone of their intention or left a note, their death is generally assumed to be accidental. It is possible that many overdose deaths that are ruled as accidental may have been suicides.

According to a report from the Center for Disease Control, suicide ranks number ten in the cause of deaths in the United States. In 2018, suicide claimed the lives of 48,324 Americans and 800,000 people worldwide. An article in Psychology Today states that approximately one in three people who commit suicide are under the influence of alcohol or drugs, usually opiates such as heroin, hydrocodone, or oxycodone. The article also noted that research has shown that alcoholism is the strongest predictor of suicide as opposed to a psychiatric diagnosis.

If You Need Help

It is important to understand that individuals with a substance use disorder face a very real and serious risk of death by suicide. If you or a loved one is struggling with an addiction to drugs or alcohol, it is time to get help. Call and speak to a professional at English Mountain Recovery, located in the Smoky Mountains of eastern Tennessee. We will answer your questions and help you get started on your road to recovery and a sober life.

To learn more about programs offered at English Mountain Recovery, and for Tennessee substance abuse treatment, call and speak with someone today at (877) 459-8595. We are ready to help you or your loved one recover.
0Shares
PrevNext