When someone is living with depression and an addiction, they are said to have a dual diagnosis. This term identifies that the client has two concerns that need to be addressed and treated. Each one on their own is a serious concern; however, when they are present at the same time, they represent a potentially dangerous combination. For someone in this situation, professional treatment is essential. 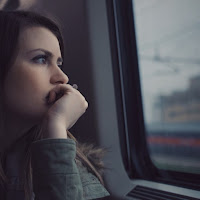 How Depression and Addiction Are Alike

Major depression is one of the most common mental disorders, according to the National Institute of Mental Health. In the US, 16.2 million adults (estimated) have had at least one episode of depression. This figure represents 6.7 percent of the adult population.

SAMHSA’s National Survey on Drug Use and Health (2014) found that two-thirds of respondents aged 12 and older said they had consumed alcohol in the past year. Of these respondents, 6.4 percent met the criteria for an alcohol use disorder.

Both depression and addiction carry a stigma.

While most people would likely not have a problem saying to a family member or a friend that they are having a bad day or are in a “blue” mood, they would likely be more reticent about sharing that they have been diagnosed with depression. The word “depressed” is often used socially as a substitute for disappointed or sad, instead of to describe a major mental illness.

Alcohol use is socially acceptable and legal for adults. It’s woven into the fabric of many of our traditional celebrations. At any party, wedding or reception, it’s almost a given that alcohol will be served to guests.

However, very few people would agree with the statement that alcoholism is acceptable or a condition that anyone should aspire to achieve. Families in which alcoholism occurs often go to great lengths to hide the extent of a loved one’s drinking.

When drug abuse occurs, family members are also likely to close ranks and avoid discussing the issue with anyone outside the family unit. There are still people who feel that addicts have “brought it on themselves” and are somehow responsible for their situation.

People who are living with depression aren’t weak. They are living with a brain disorder due to a chemical imbalance in the brain. Other factors at play determine who will develop symptoms of depression, such as a person’s genetic makeup and the life events they experience. We know that if there is a family history of depression, a person is more likely to develop symptoms at some point during his or her lifetime. Experiencing a number of stressful events may trigger an episode of depression, although it’s not a guarantee that everyone who is under a lot of stress will become depressed.

Certain medications can cause symptoms of depression. For this reason, it’s important to review possible side effects of any new drugs being prescribed for you or your family members with your doctor or pharmacist. Patients living with chronic medical conditions, such as cancer, diabetes, epilepsy, Parkinson’s disease or rheumatoid arthritis are at higher risk of becoming depressed.

Addiction is not a sign that someone has a character flaw or that they are lacking in morals. It’s a brain disease that changes the way someone thinks and reasons. Once an addiction takes hold, keeping it fed becomes a prime motivator for the affected person.

It’s virtually impossible for an addict to simply decide they are going to stop using through sheer willpower. In the vast majority of cases, more help and support are needed to achieve the goal of a sustained recovery.

Depression and Addiction Are Treatable

When a client seeks help at a drug and alcohol treatment facility for a dual diagnosis of depression and addiction, the good news is that both conditions respond well to treatment. At English Mountain Recovery, each client is evaluated individually, and an appropriate treatment plan is devised to treat the depression and substance abuse at the same time.

To learn more about programs offered at English Mountain Recovery, call and speak with someone today at (877) 459-8595. We are ready to help you or your loved one recover.