What Is Polysubstance Abuse? 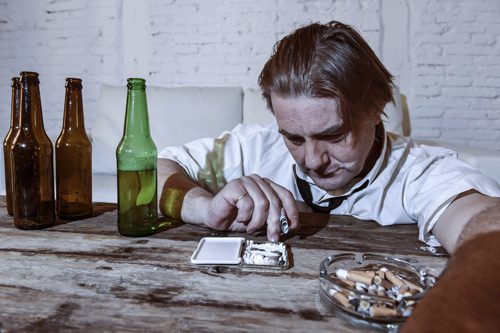 Polysubstance abuse occurs when a person is dependent on two or more substances or groups of substances. In some cases, individuals use two or more drugs at the same time or are addicted to or dependent on multiple drugs. Others take a drug to counteract the side effects of one they previously used.

Many people diagnosed with polysubstance abuse do not have a particular preference for a specific type of drug. They are addicted to the high feeling, the mood, and mind-altering effects the drugs produce.

Some polysubstance use occurs unintentionally, as when someone drinks alcohol while also taking a prescription anxiety medication. Others may take prescribed medications from different doctors, not realizing the effects the two substances have on one another.

However, in most cases the term refers to the intentional combination of substances in order to feel the effects, which may include:

Alcohol can be combined with both prescription and illicit drugs. It is commonly taken with painkillers, cocaine, heroin, and ecstasy. Although alcohol is a popular choice in polysubstance abuse, any addictive drug can be part of a drug combination. Benzodiazepines, amphetamines, and opiates are types of drugs commonly used in combination. Several other drugs often used in polysubstance abuse include:

According to the National Institute of Drug Abuse, mixing alcohol and prescription drugs can result in blackouts, alcohol poisoning, respiratory depression, and death.

Candy flipping, chasing the dragon, speedball, A-bomb, kitty boosting, hugs and kisses, and screwball are a few of the dozens of slang terms used for popular drug cocktails. Each of the substance combinations is taken to bring about a specific high and sensations.

The Dangers of Polysubstance Abuse

If you or a loved one struggles with polysubstance abuse or addiction to drugs or alcohol, help is available. Call and speak to a caring professional at English Mountain Recovery, located in the beautiful Smoky Mountains of Tennessee. Find out how you can begin your journey to living a sober life.

Are you or a loved one searching for Tennessee heroin treatment? To learn more about programs offered at English Mountain Recovery, call and speak with someone today at (877) 459-8595. We are ready to help you or your loved one recover.
0Shares
PrevNext