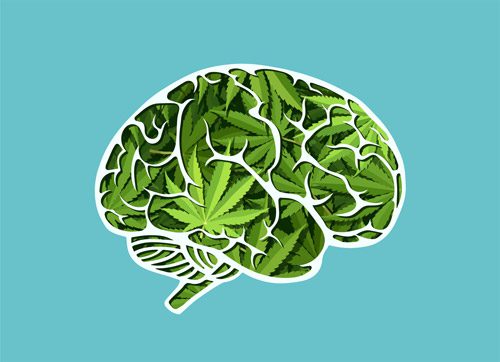 In recent years, many people have changed their views regarding the use of marijuana. Many states have legalized the drug for both recreational and medicinal use, and more states are likely to do the same. Because of the changes in attitude and laws, a great number of people are under the belief that marijuana is not addictive. But that is not the case. Using marijuana can lead to abuse and addiction, and you may have withdrawal symptoms if you stop using it.

Marijuana is the name used for the dried leaves, stems, flowers, and seeds of the Cannabis indica or Cannabis sativa plant. The plant contains the psychoactive chemical delta-9-tetrahydrocannabinol, known as THC. It is the mind-altering THC that causes the “high” feeling marijuana produces by acting on specific brain receptors and making changes in the brain.

In addition to the euphoric high produced by the drug, users experience changes in mood, an altered sense of time, and altered senses, such as seeing brighter lights or hearing louder sounds. Additional effects of the drug may include:

Extracts can also be made from the plant. When you use an extract, your body receives a much higher dose of THC.

How Is Marijuana Used?

Some people smoke the drug by rolling it into cigarettes, called joints, or smoking it in pipes. Others smoke cigars, called blunts, that they have emptied or partially emptied and refilled with the drug. Other popular ways of using marijuana include:

Using marijuana a few times may not cause withdrawal symptoms when you stop using it. But those who use it regularly can develop a marijuana use disorder and in some cases addiction. The Centers for Disease Control and Prevention (CDC), reports that one in ten people in the United States who use the drug will become addicted. The number increases to one in six people who started using the drug before becoming eighteen years old.

Signs of marijuana addiction include:

According to the Time Newsletter, there are more than 1,200 names for marijuana. Pot, weed, 420, hashish, Mary Jane, reefer, doobie, grass, and ganja are some of the more popular ones. Several examples of more uncommon names include:

If you have regularly used marijuana and suddenly stop using it, you will generally experience withdrawal symptoms within one week. Mood changes, headaches, irritability, and depression are common symptoms of withdrawal. You may feel restless, have a loss of appetite, and experience difficulty sleeping. You will have strong cravings for the drug.

The longer you used marijuana, the frequency of use, and the dose used all have an effect on the severity of withdrawal symptoms, which can range from mild to very severe. Although you may not experience dangerous or severe symptoms, you may find the symptoms unpleasant.

According to an article in Medical News Today, research has found that after two days without marijuana the cannabinoid 1 brain receptors begin to return to normal. And within four weeks of discontinuing the use of the drug, they function normally again. However, people may experience cravings for marijuana even though they have stopped using it, especially when they return to places where they used to use the drug.

You Are Not Alone

Whether you or a loved one is addicted to marijuana, alcohol, or another drug, help is available. At English Mountain Recovery, located in the beautiful serene Smoky Mountains of Eastern Tennessee, professionals will use a combination of psycho-education, individual and group therapy, complementary therapies, a 12-Step curriculum, and relapse prevention planning to help you reach your goal of long-term sobriety. Call us today and begin your journey on the road to recovery.

Considering a TN addiction treatment center? To learn more about programs offered at English Mountain Recovery, call and speak with someone today at (877) 459-8595. We are ready to help you or your loved one recover.
0Shares
PrevNext