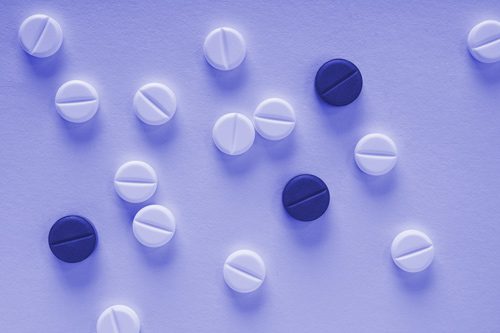 A prescription narcotic, morphine is most commonly used to treat patients who have been seriously injured, undergone surgery, or experience other forms of severe, moderate, or chronic pain. It is an opiate that occurs naturally in the substance extracted from concentrated poppy straw or the opium poppy plant. Morphine is classified by the Drug Enforcement Administration (DEA) as a Schedule II drug, meaning it has medically accepted uses but is considered highly addictive. When a physician prescribes morphine in small doses for a short-term period, it is safe to use. However, when the drug is abused or used in large amounts, psychological and physical addiction can quickly occur.

Additional slang names of the drug include:

How Does Morphine Work?

The way a person takes morphine affects how quickly they will feel its effects. Injecting, smoking, or snorting it gets the drug more rapidly into the bloodstream than swallowing a pill.

Morphine affects specific receptors in the user’s brain and central nervous system, triggering different responses in the body such as feelings of euphoria, the inability to feel pain, mild respiratory depression, mental cloudiness, drowsiness, hallucinations, and delusions. The drug stimulates the brain’s reward system and changes what makes the person feel happy.

Because of the euphoric high morphine produces, it is commonly used as a recreational drug. Since it is so highly addictive, anyone using it recreationally or by prescription for a long period of time will develop tolerance to the drug. Once tolerance develops, physical dependence quickly follows. When the person’s body is dependent on morphine being present, it is not able to function normally without the drug. Then, morphine addiction can quickly develop.

Constricted pupils, slurred speech, nodding off, shallow breathing, and the inability to pay attention are a few of the common short-term effects of morphine use and addiction. The person may also have itchy skin and nausea, be apathetic, and experience hallucinations.

According to WebMD, when a person stops using morphine, their body has a reaction, and withdrawal begins. Morphine is a powerful opioid, like some prescription drugs and heroin. When it is stopped, the brain’s opioid receptors no longer have access to it, triggering withdrawal symptoms that typically last for several days. However, in some cases, withdrawal symptoms can be life-threatening.

Morphine withdrawal symptoms vary from one person to another. The intensity of the symptoms, how long they will last, and which symptoms will occur are different for each person. Generally, morphine withdrawal begins within six to fourteen hours from taking the last dose of the drug. Symptoms usually peak between 24 hours to five days after the last use of the drug. Symptoms can last for as long as ten days.

According to the article, flu-like symptoms, such as chills, body aches and pains, sweating, and fever are common. The person may have a headache, runny nose, and watery eyes. They may feel depressed, anxious, agitated, and irritable. Their pupils may be dilated, and nausea, vomiting, and diarrhea may occur.

Other common morphine withdrawal symptoms include:

Symptoms of morphine withdrawal are typically painful and intense. For individuals who inject the drug intravenously, the intensity and severity of withdrawal symptoms are increased because they are more vulnerable to HIV, hepatitis, and life-threatening infections.

If you or a loved one struggles with a drug or alcohol addiction, you are not alone. Call and speak with a professional at English Mountain Recovery located in the Smoky Mountains of Tennessee. We will answer your questions and help you begin your journey to a sober life.

Looking for morphine addiction treatment in TN? To learn more about programs offered at English Mountain Recovery, call and speak with someone today at (877) 459-8595. We are ready to help you or your loved one recover.
0Shares
PrevNext