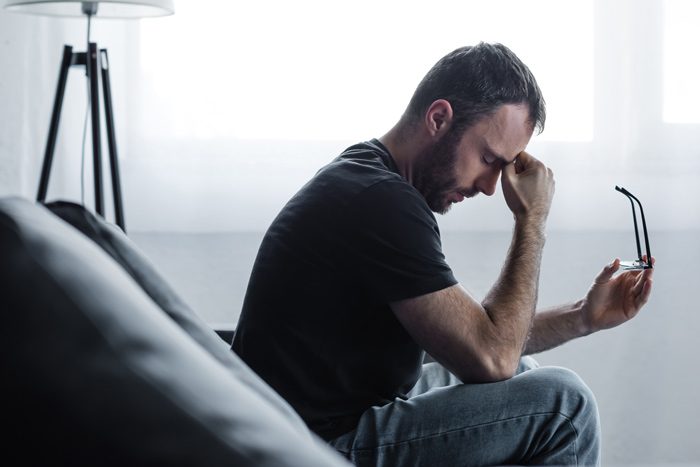 Men have traditionally been the ones who have taken on the role of the family breadwinner, protector, and head of the household. Along with these responsibilities comes a lot of messages about what it means to be a man.

Some of these messages teach a young man about being honest, hardworking, and respecting himself and others. Other messages delivered to boys and young men about masculinity and traditional roles may not be so positive if they are setting up generations of men to be at higher risk for addiction.

Research has shown us that men experience addiction differently from women.

From the time men are little boys, they are exposed to the idea that being tough is something they should strive to achieve. Their heroes are the men who keep going despite all odds without breaking down. They are the lone wolves and the mavericks. These are the guys with the answers. They don’t need anyone else. If these heroes do show emotion, it comes out in the form of anger or frustration.

In the tough guy culture, tender emotions are a sign of weakness and should be avoided. If they can’t, they should be minimized or joked about, usually in a crude or sexual manner. This kind of imagery implies that real men can’t or shouldn’t feel deeply about things or articulate their feelings to someone else.

The traditional messages boys are given about masculinity encourage them to be strong and independent. If anything worrisome or tragic happens during their life, being stoic is the way to deal with it. It’s important to be a rock that others can lean on.

Unfortunately, the message, “Don’t show your emotions” sounds a lot like, “Don’t feel anything.”

Traditional Masculinity and Risk of Addiction

Since it’s perfectly normal to have all types of feelings, this creates a problem for boys and men who are brought up without role models who tell them it’s all right to experience and express their emotions more openly. A person in these circumstances would be at higher risk for developing a substance abuse problem, since they would be looking for a way to deal with the stress associated with emotions they aren’t equipped to deal with.

Men are taught to be goal-oriented. They have much less practice in discussing abstract ideas like their feelings. When a man who is at risk for an addiction issue is feeling stress due to an unresolved emotional matter, he is more likely to look for a solution that involves some type of action. Drinking or taking drugs is an immediate way to feel better, as opposed to sitting down with a counselor and talking about the issue.

The results of a study published in Journal of Gender, Culture and Health has shown that men who are “highly committed” to the male role experience stress around their masculine gender role. These men had more severe alcohol dependence. Men with higher male role model stress (MRMS) also experienced higher rates of drug abuse, according to the study.

When our culture teaches boys and men that they need to conform to the idea of traditional masculinity, which is that it isn’t manly to express emotions and that admitting to being uncertain in any situation is “weak” and to be avoided at all costs, it creates stress that puts them at higher risk for addiction. Men, and the women who love them, end up losing as a result.

To learn more about programs offered at English Mountain Recovery, Tennessee substance abuse treatment, call and speak with someone today at (877) 459-8595. We are ready to help you or your loved one recover.
0Shares
PrevNext