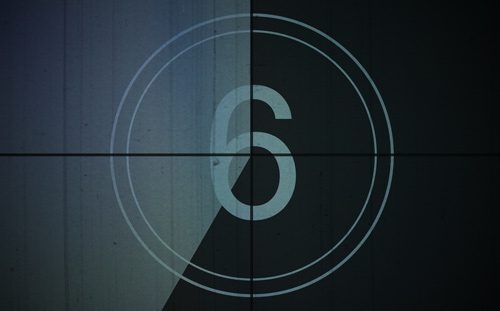 Documentaries about addiction and recovery can be very powerful. The drug epidemic, substance use disorders, and addiction recovery are often the subject of the powerful messages of these films. These films help viewers understand how addiction makes a person feel and how it affects their family and others around them. They shed light on the stigma toward people struggling with addiction and its consequences.

Here are six documentaries about addiction and recovery that are worth watching.

This documentary takes a deep look at the damage caused by methamphetamine addiction. The documentary follows the lives of several people from small towns in Montana. The people in the film include a young woman who got her drugs by trading sex for them; a former gifted athlete who was a straight-A student before dropping out of high school after using meth for one year; and a 22-year-old Chippewa Cree tribe member who began using meth when he was 11 years old. The documentary highlights the physical damage methamphetamine addiction causes, such as skin lesions, tooth decay, paranoia, brain damage, and death.

Ben: Diary Of A Heroin Addict

This film tells the story of Ben Rogers, a young man hooked on heroin. It features footage from the video diary he kept of the last days of addiction and his fight to get sober. Ben was an excellent student who came from a middle-class, privileged background. He began using heroin at 16, and slowly his bright future slipped away. At 34, after 18 years of heroin addiction, Ben Rogers admitted himself to a hospital in his final attempt to get sober.

This documentary shows the reality and devastation of addiction as it follows four men through their addiction recovery treatment and afterward. It shows their personal perspective as they navigate the highs and lows of recovery. Viewers watch as they mend broken relationships and attempt to rebuild their lives. The story shows their courage, their struggles, and the struggles of their family and friends.

This documentary begins with children telling the devastating effects their parents’ addiction had on them. They talk about fear, abandonment, and harrowing experiences they cannot begin to comprehend. Their comments set the stage for the facts behind the opioid epidemic as the film confronts and investigates the horrors it causes. The documentary includes a variety of people that represent many aspects of the opioid crisis: people suffering from addiction who struggle each day to lead sober productive lives; parents whose children have died from overdoses; drug enforcement agents fighting to stop opioid shipments from drug cartels; overwhelmed drug counselors; and a whistleblower that exposed Purdue drug company’s shameful practices. The documentary exposes pharmaceutical companies and the chief engineers who the filmmakers felt were behind the cause of the epidemic.

This documentary follows Ryan, a 28-year-old who drinks three pints of vodka a day. If he does not have a drink, his alcohol addiction causes him to shake violently. As Ryan goes through a series of tests, viewers get an inside look at the physical effects that alcohol addiction has on a person. Ryan began drinking four years earlier when his father passed away. His father was an alcoholic. In just four years, Ryan did such severe damage to his body that he said his organs hurt. He knew the health risks and damage he was doing. Ryan was aware of the danger. Yet he could not stop drinking.

Black Tar Heroin: The Dark End Of The Street

This documentary follows the lives of five young heroin addicts living in San Francisco, aged 18 to 25. The film looks at two years of their lives and is brutally graphic as these young adults face the dangers of hard-core drug addiction including prostitution, rape, crime, AIDS, incarceration, overdoses, and death. The documentary includes meeting the families of the five young people and seeing family scrapbooks, giving viewers a sense of their lives before heroin took over. It shows the pain the families suffered as their loved ones wasted their lives on heroin.

If you or someone you care about is struggling with an addiction to drugs or alcohol, help is available. Now is the time to take the first step to living a sober life. English Mountain Recovery, located in the Smoky Mountains of East Tennessee, is here to help. Call us today; we will answer your questions and help you get started on the journey to recovery.

Are you or a loved one looking for prescription drug addiction treatment in TN? To learn more about programs offered at English Mountain Recovery, call and speak with someone today at (877) 459-8595. We are ready to help you or your loved one recover.
0Shares
PrevNext