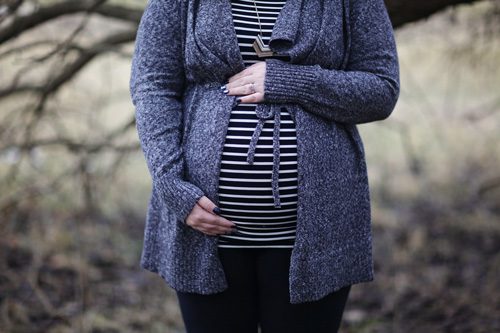 CONCORD, N.H. —U.S. Sen. Kelly Ayotte is introducing legislation to improve addiction treatment programs for pregnant women and mothers who have a substance use disorder, including a pilot program that allows funds to help women in non-residential settings. The bill would reauthorize residential treatment programs for pregnant and postpartum women supported by the federal Center for Substance Abuse Treatment. It also would authorize a pilot program for state substance abuse agencies that allows funds to be used for family-based services for pregnant and postpartum women in non-residential settings.

Ayotte, a Republican, was introducing the Senate version of the Improving Treatment for Pregnant and Postpartum Women Act on Tuesday. A similar bill was recently introduced in the House by U.S. Rep. Ben Ray Lujan, a Democrat from New Mexico.

“The heroin and prescription opioid addiction crisis does not discriminate, and pregnant women and new mothers who are struggling with addiction are facing especially difficult challenges,” Ayotte said in a statement. “These women need support, and this legislation would reauthorize and strengthen important treatment and family-based services for pregnant women and new moms with substance use disorders so they’re able to get the help they need.”

Certain people are at much higher risk for harmful effects of alcohol, such as older individuals with high blood pressure or those taking medications for arthritis or pain.

Excerpt from the NY Times article on alcoholism: The chemistry of alcohol allows it to affect nearly every type of cell in the body, including those in the central nervous system. After prolonged exposure to alcohol, the brain becomes dependent on it. Drinking steadily and consistently over time can produce dependence and cause withdrawal symptoms during periods of abstinence. This physical dependence, however, is not the sole cause of alcoholism. To develop alcoholism, other factors usually come into play, including biology, genetics, culture, and psychology.

Genetic factors appear to play a significant role in alcoholism and may account for about half of the total risk for alcoholism. The role that genetics plays in alcoholism is complex, however, and it is likely that many different genes are involved. Research suggests that alcohol dependence, and other substance addictions, may be associated with genetic variations in 51 different chromosomal regions. Inherited traits that may indicate a possible but unproven association with alcoholism include.

The amygdala, an area of the brain thought to play a role in the emotional aspects of craving, has been reported to be smaller in subjects with family histories of alcoholism. People may inherit a lack of the warning signals that ordinarily make people stop drinking. Even in the absence of genetic factors, repeated exposure to alcohol increases the ability to tolerate larger amounts before experiencing behavioral impairment.

Serotonin is a brain chemical messenger (neurotransmitter). It is important for well-being and associated behaviors (eating, relaxation, and sleep). Abnormal serotonin levels are associated with high levels of tolerance for alcohol.

Dopamine is another neurotransmitter associated with alcoholism and other addictions. Research indicates that high levels of the D2 dopamine receptor may help inhibit behavioral responses to alcohol, and protect against alcoholism, in people with a family history of alcohol dependence.

Even if genetic factors can be identified, however, they are unlikely to explain all cases of alcoholism. It is important to understand that whether they inherit the disorder or not, people with alcoholism are still legally responsible for their actions. Inheriting genetic traits does not doom a child to an alcoholic future. Environment, personality, and emotional factors also play a strong role.

Alcohol has widespread effects on the brain and can affect neurons (nerve cells), brain chemistry, and blood flow within the frontal lobes of the brain. Neurotransmitters (chemical messengers in the brain) are affected by long-term use of alcohol.

When a person who is dependent on alcohol stops drinking, chemical responses create an overexcited nervous system and agitation by changing the level of chemicals that inhibit impulsivity or stress and excitation. High norepinephrine levels, a chemical the brain produces more of when drinking is stopped, may trigger withdrawal symptoms, such as increasing blood pressure and heart rate. This hyperactivity in the brain produces an intense need to calm down and to use more alcohol. Read more.