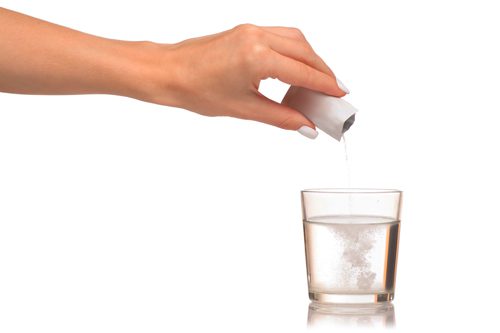 Most everyone is familiar with instant coffee. Just add water and your coffee is ready to drink. You can find instant tea, hot chocolate, milk, and fruit-flavored drinks. But instant alcohol? Yes, by just adding water you can have an alcoholic beverage ready to drink instantly. The product is called Palcohol.

Palcohol: Not the first Powdered Alcohol

According to an article in the Smithsonian Magazine, the technology for powdered alcohol has been used since the 1970s when encapsulated alcohol was being sold by Japan’s Sato Foods Industries as an additive in food processing. Throughout the following decades, companies in the United States, the Netherlands, and Germany tried to bring to market an alcohol powder but none were successful until 2014 when Lipsmark LLC, founded by Mark Philips, the inventor of Palcohol, received approval for the packaging of his product by the Alcohol Tobacco Tax and Trade Bureau (TTB).

How is Powdered Alcohol Made?

Powdered alcohol, also called dry alcohol or crystalline alcohol, is made by using a complicated chemical process called microencapsulation. First, sugars are mixed with alcoholic beverages until all of the liquid has been absorbed by the sugars to create capsules of powdered alcohol. The powder is re-hydrated when it is mixed with water, resulting in an alcoholic drink.

How Do You Use Powdered Alcohol?

Packaged in one-ounce packets, the powdered alcohol is mixed with 6 ounces of water, soda, or juice. The result is an instant alcoholic drink. The alcohol content of one packet is equivalent to the alcohol in one shot.

Although Palcohol is available in some areas of the United States, there are many different laws governing its sale. States first began regulating the sale of powdered alcohol in the 1970s. According to the National Conference of State Legislatures (NCLS), powdered alcohol was banned in 35 states or jurisdictions as of 20017. Legislation has also been introduced by several other states to regulate powdered alcohol products the same way as all other alcohol products.

What Are the Dangers of Powdered Alcohol?

There are many potential risks, concerns, and dangers associated with powdered alcohol.

If you or someone you know has an addiction to alcohol or drugs, getting the correct help is essential for living a sober, healthy life. English Mountain Recovery, located in the Smoky Mountains of Tennessee, provides life-changing care to people with substance use disorders.

To learn more about programs offered at English Mountain Recovery, Tennessee alcohol addiction rehab, call and speak with someone today at (877) 459-8595. We are ready to help you or your loved one recover.
0Shares
PrevNext