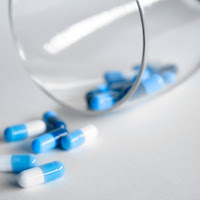 There’s no question that substance abuse is a major problem in Tennessee. Substance use disorder costs the state $2 billion annually.

Rural parts of the state are just as likely as cities to be home to people who get caught up in opioid abuse. This has nothing to do with any stereotypes about rural residents being less well educated than city dwellers. Instead, it speaks to the fact that farming is a very dangerous profession.

The National Institute for Occupational Safety and Health (NIOSH) has determined that farmers are at a “very high” risk for both fatal and nonfatal injuries. This risk extends to family members as well, since they often live and work on the farm.

NIOSH estimates that close to 2.1 million people were working in the US production agriculture industry in 2015. An additional 1.4-2.1 million crop workers are hired each year on crop farms.

Approximately 100 agricultural workers are hurt in an injury severe enough to result in lost work time. In the years 2008-2010, half of all injuries sustained by crop workers were classified as either sprains or strains.

When injuries require medical treatment, physicians may decide to prescribe opioid pain medication. Morphine has been used since the time of the Civil War as a pain reliever. Percocet and Vicodin (oxycodone or hydrocodone combined with acetaminophen) have been on the market since the mid-to-late 1970s.

Oxycontin was introduced to the market in 1996 as a long-term pain reliever. At that time, doctors were not aware of the drug’s addictive qualities, only that it was effective.

For patients who had been injured in agricultural accidents, long-lasting opioid pain medications gave doctors a treatment option that kept patients from having to take pills every four hours. The goal was to keep the patient comfortable while they healed. Doctors would commonly write prescriptions for more medication than a patient might need to ensure that they wouldn’t run out.

Leftover opioid medications wouldn’t be a high priority for disposal at a pharmacy. Instead, they would likely be left in a medicine cabinet, where they could be easily continued by the patient who had been injured or anyone with access. We already know that most people who develop a prescription medication addiction start by taking medications originally prescribed for someone else.

The problem of opioid abuse has continued to grow in scope throughout the state. To deal with an issue of this size calls for creative solutions.

In 2018, Dr. David Stern, the Vice Chancellor for Health Affairs for Statewide Initiatives at the University of Tennessee Health Sciences Center, proposed to state Governor Bill Hasian’s opioid working group that funding of up to $26 million be allocated over six years to fight the opioid epidemic. The government funding would be in addition to third-party funding that Dr. Stern is seeking to put together.

Dr. Stern’s proposal is to develop a network of healthcare workers in Tennessee who can guide patients to the type of drug treatment that will be best for them. He acknowledges that his proposal will be challenging to put into place, since Tennessee is a state that is already lacking in family doctors.

The idea is to provide training for 10 primary care or family medicine graduates each year by offering a one-year addiction fellowship. Participants in the program would have their medical school loans forgiven (an average of $180,000.00 in 2015) in return for agreeing to take part in a “rural addiction medicine network.” Dr. Stern has asked the state to allocate the funds over the six-year period to fund research and the clinical pilot program to establish the network.

To learn more about programs offered at English Mountain Recovery, call and speak with someone today at (877) 459-8595. We are ready to help you or your loved one recover.