The opiate addiction epidemic has reached crisis levels and is a national emergency. 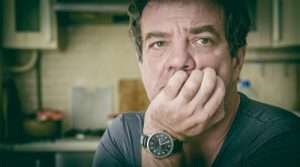 Tennessee Has Been Hit as Hard as Anywhere

You may be surprised that Tennessee has just about as much claim to being “ground zero” for the opiate epidemic as just about anywhere else.

The heartbreaking reality that so many families are discovering every day is that opiate users are facing the possibility of fatal overdose every time they use. There are many irregularities in the potency of street heroin and if the prescription medications are mixed (especially with alcohol), the risk of overdose increases dramatically.  If you are concerned about a loved one who is abusing opiates, we encourage you to take immediate action or risk forever losing your chance.

If you have questions about getting help for yourself or a loved one who is abusing opiates, contact us today to have them answered.  We can also discuss your options for getting treatment, including verifying your insurance benefits. Call us today at (877) 459-8595.