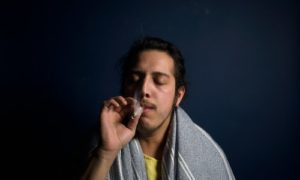 Under the DEA’s Controlled Substances Act, marijuana is classified as a Schedule I substance. Schedule I substances have a high potential for abuse and currently do not have any accepted medical use. Despite this fact, as of August 2022, marijuana has been legalized for medical use in 38 states and for recreational purposes in 19 states. As the laws change, so do people’s perceptions of the drug. If this drug is legal, how could it be harmful or addictive? Unfortunately, marijuana can be both harmful and addictive when used in excess.

Marijuana comes from the dried leaves, flowers, stems, and seeds of the Cannabis sativa or Cannabis indica plants. Marijuana is smoked by rolling it into cigarettes, putting it in a pipe, or adding it to partially filled cigars. Marijuana can also be brewed as tea, vaped, or mixed into foods and eaten. The drug has many names, such as grass, pot, weed, bud, hash, Mary Jane, and herb. Cannabis plants contain delta-9-tetrahydrocannabinol (THC), a psychoactive chemical and the most studied chemical in marijuana. Another highly studied chemical in marijuana is cannabidiol (CBD). Cannabidiol has anti-inflammatory and antioxidant properties but no psychoactive effects.

The Effects of THC

THC is a mind-altering substance that produces the euphoric feeling the person gets when using marijuana. In addition to feeling high, users feel very relaxed. They have an altered sense of time, changes in mood, and altered senses, such as hearing sounds louder, seeing lights brighter, or seeing colors more intensely. They may have difficulty thinking or solving problems.

Additional effects of THC may include:

How Does Marijuana Affect The Brain?

Prolonged use of marijuana can cause irreversible brain damage similar to the damage caused by the long-term use of other substances such as heroin, meth, and alcohol. Like other substances, components of this drug attach themselves to brain receptors known as Cannabinoid receptor type 1 or CB1. These receptors are attached to nerves in the brain that control memory, mood, pain regulation, and appetite.

The results of studies reported in the American Psychological Association and Science Daily show the damaging effects marijuana use has on the brain.

If you or a loved one is struggling with an addiction to marijuana, alcohol, or another drug, help is available. At English Mountain Recovery, located in Tennessee’s Smoky Mountains, professional medical and therapeutic staff can help you reclaim your life. Our caring, supportive team will use a combination of individual and group therapy, complementary therapies, psycho-education, relapse prevention, and a 12-Step curriculum to help clients achieve long-term sobriety.

Looking into Tennessee intensive outpatient programs? To learn more about programs offered at English Mountain Recovery, call and speak with someone today at (877) 459-8595. We are ready to help you or your loved one recover.
0Shares
PrevNext