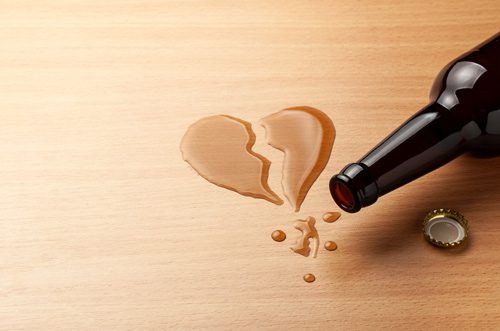 One out of every five adults in the United States lived with an alcoholic in their household growing up. Whether it was their mother, father, guardian, or relative, these children faced a higher risk for developing emotional problems than those raised in homes where alcoholism was not present. As adult children of alcoholics (ACOA), their odds of becoming an alcoholic themselves is four times greater than others.

These children grew up in dysfunctional households where unpredictability, uncertainty, and chaos were the norm. They were more likely to be subjected to neglect, violence, arguments, fear, and abuse. Often they did not receive the emotional support and connection they needed at crucial stages in their development. They may have never learned how to build healthy relationships or take care of themselves. As a result, certain characteristics and personality traits are commonly found in adult children of alcoholics.

According to the Alcoholism Guide, both ACOA pioneer Tony A. and best-selling author Dr. Janet Woititz developed lists of characteristics of adult children of alcoholics. We offer below a summary of eight of the most common characteristics.

1. Difficulty Standing Up for Themselves

Many adult children of alcoholics are used to putting their parents’ needs first. They begin to believe that their own thoughts and feelings are unimportant. This way of thinking makes it hard for them to stand up for themselves. Oftentimes they feel guilty when they do. They tend to give in to other people, feeling that others’ needs are more important than their own.

Adult children of alcoholics are often attracted to people who are emotionally unavailable, such as alcoholics or people with compulsive personalities. They often gravitate toward people who need to be rescued. By focusing on the needs of others, they do not have to face their own shortcomings or difficulties. Since they usually do not know how to engage positively with someone, they often remain in unhealthy relationships for too long.

3. Inability to Have Fun

Many adult children of alcoholics are not able to relax and have fun. It makes them feel stressed and frightened. As a child, they were the responsible person. As an adult, they believe they have to maintain strict self-control and appear perfect to others. They feel they should not have a good time.

Adult children of alcoholics never learned what a normal response to a situation should be. Without knowing the appropriate way to respond, they feel they are not like other people. They feel different and believe they are not able to function with others or that others should make special allowances for their behavior. This can lead to avoidance of social connections in favor of isolation.

Adult children of alcoholic parents grew up always wondering if they were good enough. They may blame themselves for their parent’s drinking. As adults, they are very critical of themselves. They have very low self-esteem, self-respect, and self-worth.

When a child grows up in an alcoholic household, they often have feelings of guilt and shame that cause them to become isolated and secretive. They believe that no one understands them. This belief negatively affects their ability to gain social skills. These feelings carry on to adulthood, resulting in mood disorders such as depression and anxiety.

Adult children of alcoholics grow up with a parent who is physically or emotionally unavailable. As a child, a fear of abandonment develops. As an adult, the fear of being abandoned can lead to the person hanging onto toxic or unhealthy relationships. They try to avoid being abandoned or left alone.

Adult children of alcoholics often have a fear of people who are angry or in a position of authority. They may think an assertive person is angry. When a person criticizes them, they do not take it well. Because they are always trying to get approval from others, they lose their own identities. To cope, they often isolate themselves.

If you or a loved one struggles with an addiction to drugs or alcohol, now is the time to get help. English Mountain Recovery, located in the heart of the Smoky Mountains of East Tennessee, provides gender-specific programs that combine the traditional 12-step approach with holistic treatments. Our compassionate staff offers life-changing care that focuses on healing your mind, body, and spirit. Take the first step on the path to recovery. Call us today.

Are you or a loved one looking for Tennessee alcohol addiction rehab? To learn more about programs offered at English Mountain Recovery, call and speak with someone today at (877) 459-8595. We are ready to help you or your loved one recover.
0Shares
PrevNext