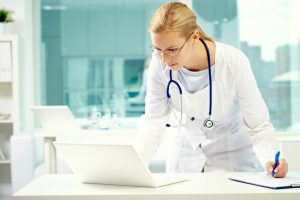 Have you ever wondered why so many individuals under the influence of alcohol choose to get behind the wheel even though they are obviously impaired?

In a study funded by the National Institute on Alcohol Abuse and Alcoholism, researchers investigated that puzzling scenario. To better understand the impact of alcohol tolerance among heavy drinkers, scientists at the Veterans Affairs San Diego Healthcare System evaluated how the consumption of alcohol impacts basic motor skills and more complex cognitive processes. (For example, when someone says that they can handle their alcohol consumption, is that really the case?)

For this project, researchers recruited 155 adult volunteers who were given tests at the beginning of the study to establish a baseline measurement of their physical and mental capabilities. The research team then interviewed the participants to gauge their current drinking patterns – classifying participants as either light or heavy drinkers. (Heavy drinkers reported consuming 10 to 40 alcoholic drinks per week and light drinkers were those who had fewer than six drinks per week.)

Five years later, the scientists conducted a second round of testing. They administered a dose of alcohol to participants and had them perform the same psychomotor tests. As they expected, participants across the board performed worse under the influence of alcohol.

A key finding of the study is that the group of heavy drinkers reported feeling less impaired than the group of light drinkers. To the outside observers, they were physically and mentally impaired by the consumption of alcohol but they perceived their own level impairment in a different way.

The researchers of this study say that this potentially explains why heavy drinkers are more likely to engage in risky behaviors like driving under the influence. They simply are less aware of how alcohol impacts their body.

“Overall, there is a common belief among heavy drinkers that they can ‘handle their alcohol’ and that many common daily tasks may not be affected by their alcohol use,” says lead researcher, Dr. Ty Brumback. “The take-home message here is that tolerance to alcohol is not equal across all tasks and is not ‘protective’ against accidents or injuries while intoxicated, because it may in fact lead the heavy drinker to judge that they are not impaired and attempt more difficult tasks. Making such decisions in the moment is highly risky, because it is based on faulty information.”

At English Mountain Recovery, we specialize in helping individuals heal from an addiction to drugs or alcohol. Our approach to addiction recovery is firmly rooted in the 12-step philosophy where residents are given the tools to find a renewed sense of hope and spiritual support. Using a variety of holistic options including equine-assisted therapy, spiritual advising and psycho-education, we can help you start a new, sober chapter in your life. Call (877) 459-8595 to learn more.