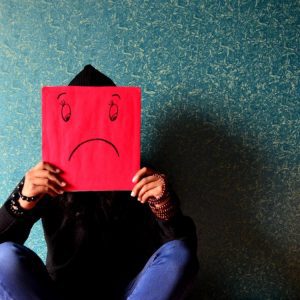 Instead, there are different types of depression and each one has its own set of symptoms. It’s not the same thing as being “blue” or down, although being unable to enjoy hobbies and pastimes that used to bring pleasure is one of the signs of depression. Depression isn’t grief, either, but experiencing loss of a loved one, a job or one’s health can trigger an episode of depression.

5 Common Types of Depression and Their Symptoms

1. Major Depression
Major depression is also called “clinical depression” or “major depressive disorder.” Someone who is clinically depressed experiences a dark mood or an overwhelming sense of sadness most or all of the time for at least two weeks. Other symptoms of major depression include the following:

These symptoms interfere with all aspects of a person’s life, including school, work and personal relationships.

2.  Persistent Depressive Disorder
This type of depression is characterized by a low mood that has persisted for two years or more, but the symptoms aren’t as intense as those experienced by someone with major depression. It’s possible for someone with this type of depression to continue to function on a day-to-day basis, while reporting feeling joyless or low “most of the time.” Other symptoms of Persistent Depressive Disorder (PDD) include low energy, changes in sleep and appetite and low self-esteem.

Someone with PDD can be symptom-free for periods of up to two months before they start experiencing low mood and other signs of depression again.

3. Psychotic Depression
In some instances, a person with depression goes into a state where he loses touch with reality. He may experience a psychotic episode, which may include delusions (false beliefs that are maintained despite being contradicted by rational arguments) or hallucinations (seeing or hearing things that aren’t really there).

Some people who are in a psychotic depression become paranoid. They may feel as though people or certain organizations are monitoring them.

4. Bipolar Disorder
Bipolar disorder is also called manic depression. This mood disorder, which affects approximately two percent of the population, is characterized by periods of depression and periods of exceptionally high energy. These manic symptoms can include some or all of the following:

A person with bipolar disorder also experiences periods of normal moods, too. The number of manic and depressive cycles that someone would have during a year and how long these cycles last varies from person to person.

Bipolar disorder is treatable with medication to stabilize the patient’s mood.

5. Cyclothymic Disorder
Cyclothymic disorder is a milder type of bipolar disorder. A person who is diagnosed with this form of depression will have been experiencing shifting moods for at least two years. The mood swings will have included periods of depression and hypomania (a mild-moderate form of mania), with no more than two months of normal moods in between.

The duration of the symptoms are shorter, not as regular and less severe than for a diagnosis of major depression or bipolar disorder.

A person who is experiencing the symptoms of depression or manic depression may try to self-medicate by using drugs or alcohol to try to control their symptoms. However, someone can have symptoms and not realize she needs to see a medical professional.  A friend or family member may need to step in and suggest that a loved one seek help for depression.

If your loved one has a substance use disorder and is showing signs of any type of depression, he needs specialized treatment. English Mountain Recovery offers individualized residential help for clients with co-occurring disorders.