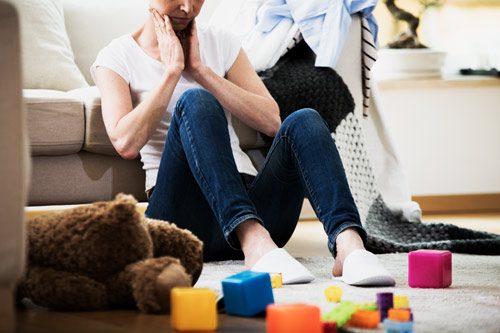 Many people think of an alcoholic as someone who always drinks too much, looks disheveled, has difficulty holding a job, and is struggling financially. They may picture a person who has difficulty in their relationships, or is incarcerated, homeless, or hitting rock bottom. Although those things are true for some people with alcohol use disorder, many others do not fit into the classic stereotype of an alcoholic. We call these individuals functioning alcoholics.

Definition of a Functioning Alcoholic

A functioning alcoholic, also called a high-functioning alcoholic, appears to live a normal life. They generally have healthy relationships with their family and friends, complete their education, and are active in their communities. They often are very successful at their jobs, and many excel in high-powered career fields.

Functioning alcoholics are also very good at hiding their drinking and often in denial that they even have a problem with alcohol. On the surface, they appear to be living a normal sober life, yet they struggle with their addiction the same as a stereotypical alcoholic, often experiencing constant strong cravings and drinking heavily. A functioning alcoholic has developed a physical tolerance for and a dependence on alcohol.

Tolerance can quickly turn into physical dependence if the person experiences physical withdrawal symptoms when they stop drinking. For example, if not consuming alcohol over a certain period of time–hours or days–creates physical symptoms, that person is dependent on alcohol. Common symptoms of withdrawal include mood swings, restlessness, and irritability. The person may shake, sweat, and have palpitations. They may become uncomfortable, anxious, nervous, and depressed.

When someone has become dependent on alcohol, it’s quite likely that they are also–or will soon become–addicted to it. When someone is addicted, they have not only a physical need for alcohol but also a mental and emotional need for it. They experience the need to drink as a compulsion.

A high-functioning alcoholic may be unable or unwilling to recognize that they are drinking out of compulsion. They may deny they have a problem, pointing to their successful life and career.

Although functioning alcoholics appear to have their lives in order, sooner or later problems caused by their drinking will occur. The alcohol will take its toll on their brain, preventing them from being able to function normally. The alcoholic may experience:

Only after experiencing these problems might a functioning alcoholic finally realize the bad situation their drinking has caused.

What are the Signs of a Functioning Alcoholic?

One of the first signs of a functioning alcoholic is heavy drinking. According to Web MD, the guidelines for heavy drinking differs for men and women. If a person consumes more than the weekly or daily limit, they are at risk.

Functioning alcoholics often have little interest in food. They enjoy drinking much more than an average person, and prefer to drink rather than have a meal. It’s not uncommon for a functioning alcoholic to consume a drink for breakfast, lunch, or dinner. Even after binge drinking, they rarely have any symptoms of a hangover because of their tolerance to alcohol.

However, if they haven’t been able to consume any alcohol for a day or two, they may experience the signs of physical dependence and withdrawal listed above. Additional warning signs include:

A functioning alcoholic also will binge drink heavily. Binge drinking is defined as four or more drinks for women in a two-hour period and five or more drinks for men in a two-hour period. Oftentimes the alcoholic will give illogical or senseless justifications for their drinking binges, such as, “I’m stressed and it makes me feel better,” “It tastes good and I like it,” or “I’m depressed and drinking makes me forget why.” While drinking, it’s not uncommon for the person to engage in activities that are dangerous or hazardous; for example, they may drive under the influence of alcohol, take part in risky sexual activities, or play drinking games.

Many functional alcoholics have a secret struggle with mental illness. They hide psychological disorders such as social phobias, eating disorders, and depression with their drinking. Some may be nervous or have anxiety about their competency or material security. They are often irritable, moody, withdrawn, or tearful when they are not under the influence of alcohol. In some cases, they might talk about suicide or try to hurt themselves.

Talk to a Professional

Getting help for a functioning alcoholic may require an intervention. Call and talk to a professional at English Mountain Recovery Center to find the answers to your questions and learn how to help yourself or a loved one begin the journey to a healthy sober life.

To learn more about programs offered at English Mountain Recovery, Tennessee alcohol addiction rehab, call and speak with someone today at (877) 459-8595. We are ready to help you or your loved one recover.
0Shares
PrevNext