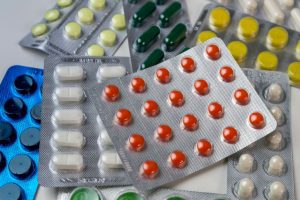 The phrases “physical dependence” and “addiction” are sometimes used interchangeably in conversation. They refer to different conditions, both of which can exist without the other. It’s important to be precise when talking about addiction, since this is one of the keys to getting people who need treatment the help they need.

Physical dependence on a drug is a state in which withdrawal symptoms occur with either a rapid reduction of dose or abrupt stoppage of use. (Please note that alcohol is considered a drug.)

When someone is ingesting a substance regularly, their brain becomes used to having a certain level of that particular chemical in their system. Physical dependence can occur with alcohol, illicit drugs, prescription medications, and a number of other substances. The brain doesn’t differentiate between what type of substance it has become used to when it initiates the withdrawal symptoms; it is only reacting to the change in chemical levels.

It’s entirely possible for someone to develop a physical dependency without an addiction. One good example is chronic pain patients, who take opioid medications (often for several years) as prescribed but don’t develop cravings or compulsions to increase their dosage.

Several types of prescription medications produce a physical dependence if taken over an extended time, such as antidepressants, beta blockers, benzodiazepines, corticosteroids and anti-seizure medications. These medications should not be stopped all at once; instead, their dosage should be tapered off slowly. The patient’s doctor should carefully monitor the process to avoid any withdrawal symptoms.

Patients who take opioid pain medications regularly (OxyContin, Percocet, Percodan, Vicodin, Dilaudid, etc.) as directed by a doctor can develop a physical dependence on their medication. If they were to stop taking it suddenly, they may develop withdrawal symptoms. It’s important to discuss with the doctor whether the amount being taken requires a slow tapering-off period.

Other Substances and Physical Dependence.

Nicotine, sugar and caffeine are examples of substances that create physical dependence when ingested regularly. People who try to give up any of them may notice some withdrawal symptoms relatively quickly. Headaches, insomnia, body aches, lack of energy, and irritability are quite common during this time.

Addiction is a chronic disease with several factors (genetics, environmental, psychological and social) influencing its development. It leads to a number of behaviors, such as compulsive use, lack of control over whether to use, cravings, and continued use despite negative consequences.

Addiction and the Brain

Many experts describe addiction as a brain disease. It is caused by changes in brain chemistry due to repeated exposure to chemicals that alter the brain’s function. Some people, due to various factors, are more likely to use mind-altering chemicals. Of these, a certain percentage is more likely than the rest to become addicted.

Certain types of addictions, such as those to cocaine or methamphetamine, don’t have a physical component to them. These drugs don’t produce much in the way of withdrawal symptoms. Still, they have damaged many lives due to their addictive properties.

Addiction and the Urge to Use

People who are living with an addiction have an uncontrollable urge to use their drug of choice. Even though an addict may claim, “I can stop anytime I want to,” this is not the case. They are experiencing cravings that they aren’t able to control.

These cravings are not the same thing as withdrawal symptoms, which are a physical by-product of not using the drug. The cravings are the result of altered brain biology caused by the substance, which is another reason why addiction is considered a brain disease.

Addiction recovery is an ongoing process that involves learning how to replace the urge to use with healthier, more positive behaviors. English Mountain Recovery helps clients using a holistic approach to heal the mind, body and spirit.