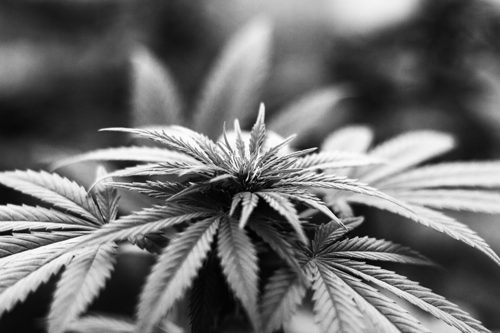 As more states legalize the use of marijuana, it is important to keep in mind that the drug has both short- and long-term effects on the human brain.

Marijuana and Its Chemical Compound – THC

Marijuana goes by many different names: pot, weed, 420, grass, herb, Aunt Mary, black gold, Mary Jane, and magic smoke are a few of the more common ones. In fact, there are more than 1,200 different slang terms for the drug. But regardless of the name it goes by, if you smoke, ingest, eat, or drink this drug, the end result is the same.

The chemical compound in marijuana, tetrahydrocannabinol (THC), causes the user to feel high. The euphoric high feeling occurs because the brain’s cells are stimulated by the THC, causing them to release the chemical dopamine, which affects the user’s sensations of pain and pleasure, their movements, and their emotions.

THC acts very similarly to the cannabinoid chemicals that the human body naturally produces. The natural cannabinoid chemicals play a very important part in the normal development and function of the brain. However, when THC is introduced, it overloads the brain receptors and affects many different areas associated with feelings and activities. These areas include:

Short-Term Effects of Marijuana on the Brain

THC is released quickly into the bloodstream when a person uses marijuana. It travels to the brain and attaches itself to the cannabinoid receptors; this overwhelms the brain’s natural system, causing the communication between the cells to slow down. When this happens, the brain cells send, receive, and process messages differently. The euphoric high the person experiences is the result of the overactivation of parts of the brain. This disruption of the brain’s natural messaging system can result in impaired or reduced short-term memory, mood changes, or altered senses, such as enhanced hearing and sight. The onslaught of sensory perception may make it difficult to concentrate or solve problems.

Other possible short-term effects on the brain include:

When a person uses high doses of marijuana, they may experience hallucinations, delusions, anxiety, paranoia, or psychosis.

Long-Term Effects of Marijuana on the Brain

Scientists and researchers know that marijuana affects brain development, and they continue to study its long-term effects. According to an article from the National Institute on Drug Abuse, when teenagers begin to use marijuana, the drug affects brain development in areas that control memory, thinking, and impulse control. Teenagers who use marijuana regularly may also have difficulty retaining information, learning and studying, and paying attention.

The scope and severity of these long-term effects depends on the age that marijuana use began, the frequency that the drug is taken, and the duration of use.

Researchers have also found a direct correlation between marijuana use and the loss of IQ points. The National Institute on Drug Abuse cites a New Zealand study that found the following:

The New Zealand study indicates that the developing brains of adolescents and teenagers are affected the most by marijuana use. Research continues on the long-term effects of the drug regarding the loss of IQ points and cognitive functioning.

Can You Become Addicted to Marijuana?

There is Help Available

If you or a loved one are suffering from a marijuana disorder or addiction, contact the professionals at English Mountain Recovery, located in the Smoky Mountains of Tennessee. The supportive and caring staff will answer your questions, help you acquire tools for treatment, and connect you to the right resources you need to overcome your marijuana problem.

To learn more about programs offered at English Mountain Recovery, Tennessee substance abuse treatment, call and speak with someone today at (877) 459-8595. We are ready to help you or your loved one recover.
0Shares
PrevNext