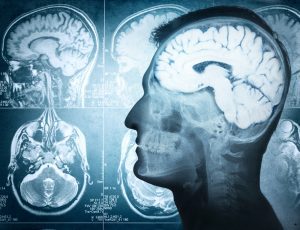 Addiction as a Disease

A sweeping, cultural shift has profoundly changed the perspective of clinicians in recent years. Addiction, once viewed as a personal fault, is now more accurately understood a disease – one that is influenced by environmental, social and genetic factors.

In fact, earlier this year, the U.S. surgeon general, Dr. Vivek Murthy, issued a statement that reinforced this new view of the disease of addiction. “It is not a moral failing, or evidence of a character flaw, but a chronic disease of the brain that deserves our compassion and care.”

Researchers have provided even more evidence that supports the link between these biological influences and addiction. In a recent study published in Nature Neuroscience, scientists used genetically engineered mice to better understand how biology influences the course of addiction.

The scientists studied mice who had been genetically engineered to produce large amounts of cadherins, a protein that plays a prominent role in the brain’s reward circuit. (In a way, cadherins act like glue, binding brain cells together.)

Initially, the scientists hypothesized that the high cadherin mice brains would be more susceptible to addiction when exposed to cocaine. But, they actually found the opposite.

Their research found that, in a way, the higher levels of cadherin made it harder for the reward circuit to strengthen in response to cocaine.

“We thought, hey, more glue, stronger synapses, more learning, more addiction,” Bamji says. “But what we actually saw was the opposite,” says Shernaz Bamji, a professor in the Department of Cellular and Physiological Sciences at the University of British Columbia in Vancouver. “They didn’t keep going into the room where they received the cocaine and they seemed to be just as happy exploring all around the cage.”

So, what is the implication of this finding? Primarily, it reinforces why certain people are biologically more susceptible to addiction. And, secondarily, it introduces a new treatment pathway. One that can harness the biology of the brain to curtail the progression of the disease and reverse its effects.

Located in the heart of the Smoky Mountains inEast Tennessee, our 36-bed residential treatment facility tailors treatment plans to your insurance, health history, and addiction severity. WhileEnglish Mountain’s residential rehabprograms are available in 30 to 60-day periods, many residents end up prolonging their stay up to90 daysor more to deepen their recovery focus and strengthen their sobriety foundation. Let us guide you as you learn to rid yourself of drugs or alcohol and embrace a life of sobriety. Call us today: (877) 459-8595.