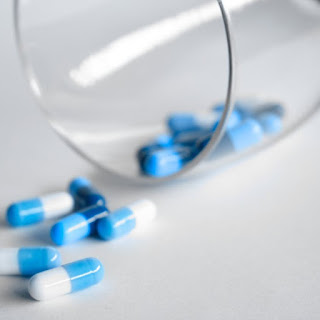 Adderall is a medication that has become synonymous with college students looking to get better grades, but it’s much more than just a “smart pill” and must be treated with respect. Anyone thinking about taking Adderall without a prescription or at higher doses than prescribed by their doctor is putting themselves at risk for addiction or a serious interaction when mixed with alcohol.

Adderall is a medication prescribed to treat ADHD (Attention Deficit Hyperactivity Disorder) and narcolepsy (excessive sleepiness). It was originally approved by the Food and Drug Administration in 1960. The combination of ingredients (amphetamine and dextroamphetamine) is also available as a generic drug.

Adderall is a stimulant. It works by increasing the level of the chemical transmitter dopamine in the brain. When someone with ADHD takes Adderall, they are able to feel calmer and more focused. This is likely the reason that people who don’t have difficulty focusing mistakenly believe Adderall is a study aid.

Adderall as a Study Drug

Despite Adderall being commonly used by college and high school students as a study drug, it doesn’t enhance a user’s ability to focus if he doesn’t have ADHD. Taking Adderall in this instance isn’t likely to improve school performance.

Since it does increase the brain’s production of dopamine, which is the body’s “feel good” hormone, taking Adderall can produce feelings of euphoria, as well as motivation.

Students attending college or university who are feeling pressured to keep on top of multiple demands on their time can feel hopeless if they fall behind, according to the results of a survey conducted by the Michigan Daily. If they find themselves in a situation where they are really pressed for time, 25 percent of the 1,300 respondents said they had used drugs like Adderall to get their schoolwork completed or to take an exam.

Illegal Use of a Schedule II Drug

Some students who have been prescribed Adderall will sell their medication to fellow students to make extra money. They don’t seem to be concerned with the legal risks associated with it, even though Adderall is classified as a Schedule II drug by the DEA (Drug Enforcement Agency).

Schedule II drugs are ones deemed to have a “high potential for abuse, with use potentially leading to severe psychological or physical dependence. These drugs are also considered dangerous.”

Other examples of drugs in this category include methamphetamine, fentanyl, cocaine, oxycodone, hydromorphone, and methadone.

How to Tell When a Loved One Is Addicted to Adderall

If a loved one has been prescribed Adderall and is using the medication as directed by her doctor, the likelihood of becoming addicted is low. The signs of an addiction problem include the following:

Danger of Mixing Adderall and Alcohol

Consuming alcohol while taking Adderall can be very dangerous, especially among users who are taking the drug without a prescription. The DAWN Report, released in 2013, revealed that 19 percent of Emergency Department visits related to ADHD medications in the US for patients aged 18-25 involved alcohol use.

Adderall and alcohol are a dangerous combination because both substances act on the body’s central nervous system. We know that Adderall acts as a stimulant. Alcohol has the opposite effect; it slows down the effect of neurotransmitters in the brain, acting as a depressant in moderate and large quantities. In small amounts, such as a single drink, it can act as a stimulant.

Taking Adderall and starting to drink alcohol may intensify the stimulating effect of small amounts of alcohol. It can delay the sedating effects, which is what may cause someone to realize they have had enough to drink and stop for that occasion. Without this built-in warning system in place, it’s more likely that a person combining these two drugs will drink to excess, which brings with it the risk of alcohol poisoning.