There are distinct differences between men and women when it comes to addiction. 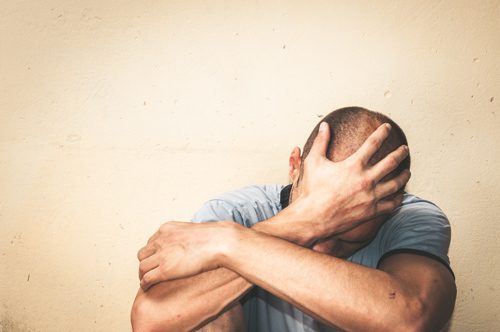 The two genders don’t use drugs in the same manner and they respond to them differently. To understand more about this topic, let’s take a look at some facts about men and addiction.

1. Men Are More Likely Than Women to Use Most Types of Illicit Drugs

According to the 2016 National Survey on Drug Use and Health, (NSDUH) 52.3 percent of male respondents aged 12 or older said they had used some type of illicit drug during their lifetime.

2. Marijuana Is the Most Popular Illicit Drug Among Men

3. Men Are Twice as Likely to Binge Drink

The majority of adult men (58 percent) report having consumed alcohol during the past 30 days, and men are more likely to binge drink than women, according to a fact sheet published by the Centers for Disease Control. Most of the men (90 percent) who binge drink are not alcohol dependent or alcoholics.

4. Men Are More Likely to be Diagnosed with Alcohol Use Disorder (AUD)

According to numbers released in the 2015 NSDUH, 15.1 million men over age 18 were diagnosed with Alcohol Use Disorder (AUD). This figure represented 6.2 percent of the population, compared to 4.2 percent of women (5.3 million women)

5. Alcohol-Related Death Rates and Hospitalizations Are Higher for Men

When men are the drivers in fatal motor vehicle traffic accidents, they are more than twice as likely as women to be legally drunk (having a blood alcohol content of 0.08 percent or higher). Men are also more likely to die as the result of suicide than women, as well as more likely to have consumed alcohol before taking their own life.

As a result of the reduced levels of male hormones, men who consume excessive amounts of alcohol may experience issues with impotence and infertility. They may also notice a reduction of secondary male sex characteristics (chest and facial hair).

7. Excessive Alcohol Use Increases Risk of Cancer in Men

Cancers of the throat and mouth, esophagus, liver, and colon have been linked to alcohol use in men.

The Journal of Neuroscience Research reports that while alcohol withdrawal is more difficult for men, women tend to experience more powerful withdrawal symptoms during smoking cessation.

Find Drug and Alcohol Addiction Treatment for Men in Tennessee

English Mountain Recovery (EMR) is a residential inpatient treatment facility offering gender specific treatment for our clients. We believe that single-gender programs allow clients to focus on their recovery goals with fewer distractions. Our goal is to be respectful and supportive of all of our clients as they take the first steps in their recovery journey.

Our experienced staff provide a high level of care to equip our clients with the tools they will need to adapt to a new, sober lifestyle. We offer a family program and an alumni program so that our clients have a plan for follow-up care when they move on from their stay at EMR.