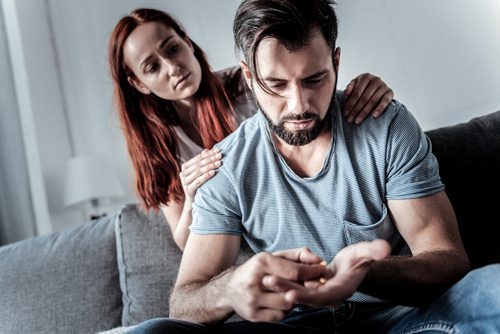 A prescription medication, Valium is the brand name for the generic drug diazepam. It is in the class of drugs called benzodiazepines and is classified by the United States Drug Enforcement Administration (DEA) as a Schedule IV controlled substance. Drugs in this classification have the potential for abuse and can cause psychological dependence or physical dependence.

More About Valium Use

Valium is prescribed for the treatment of anxiety disorders, chronic sleep disorder, acute alcohol withdrawal, skeletal muscle spasms, and stiffness. It is also used to treat seizures and as a sedative before some medical procedures.

Over time, Valium’s continuous disruption of the brain’s chemicals causes changes in the brain. The result can be dependence and addiction to the drug. The brain needs the Valium to feel balanced. The user needs to keep using the drug to function normally and prevent symptoms of withdrawal. As their tolerance to the drug increases, Valium users typically increase their doses to avoid withdrawal symptoms.

When a person is addicted to Valium, they have intense cravings for the drug. As their tolerance increases, they need to keep increasing the amount of Valium they take or take it more often to achieve the same effect. If they stop taking the drug, they experience withdrawal symptoms.

Additional signs of Valium addiction include:

The behavioral and visual effects of Valium addiction are similar to alcohol addiction. The user will have dilated pupils and blurred vision. Drowsiness, weakness, and confusion are common, as are impaired coordination, difficulty with motor skills, memory problems, and trouble concentrating.

Additional Signs of Addiction to Valium

Other signs of Valium addiction include:

When a person stops taking Valium, they go through withdrawal with symptoms ranging from mild to severe. Withdrawal symptoms will vary from person to person, but a few are common to everyone. According to an article in Medical News Today, each person will experience the symptoms, severity, and timeline of Valium withdrawal differently based on the following factors:

Do You Need Help for a Valium Addiction?

If you or a loved one struggles with an addiction to drugs or alcohol, now is the time to get help. Call and speak to a caring professional at English Mountain Recovery, located in the Smoky Mountains of Tennessee. Take the first step toward sobriety.

Are you looking for prescription drug addiction treatment in TN? To learn more about programs offered at English Mountain Recovery, call and speak with someone today at (877) 459-8595. We are ready to help you or your loved one recover.
0Shares
PrevNext