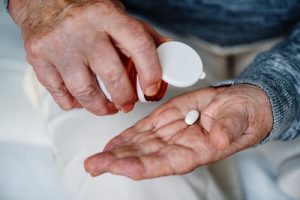 Have you or a loved one been prescribed Klonopin and you’re wondering whether it has the potential to be addictive? Do you have concerns that a loved one may have become addicted to this medication?

Klonopin does have helpful qualities, but its use needs to be monitored carefully by a doctor. Misuse of this medication can lead to addiction, and that isn’t an outcome that anyone hopes for.

What Is Klonopin Used For?

Sold under the brand name Clonazepam, Klonopin was approved by the Food and Drug Administration (FDA) in 1975. This medication is an anticonvulsant (a drug used to prevent and/or control seizures). Some patients use it to treat panic attacks. A number of companies make a generic version of Clonazepam.

How Does Klonopin Work?

Klonopin is a member of a class of drugs called benzodiazepines (benzos). It works by boosting the effects of GABA, a neurotransmitter that controls the movement of nerve signals in the brain.Neurotransmitters are the body’s chemical messengers. They allow nerve cells to communicate with one another. They are part of many of the body’s daily physical functions, including moderating sleep and heart rate.

Neurotransmitters are also involved in regulating our psychological wellbeing, which includes overall mood, appetite, and our fear response. At any time, there are billions of neurotransmitters at work managing all these functions behind the scenes.

GABA is the main inhibitory chemical messenger in the body. It contributes to motor control, vision, and anxiety regulation. Benzos work by boosting the efficiency of GABA neurotransmitters. As a result, the person taking them feels an increased sense of calmness and relaxation.

The FDA released a schedule for controlled substance classifications in 1970. These drug schedules were developed under the Controlled Substance Act (CSA) and organize drugs into groups based on their potential for abuse or to cause harm.

Drugs that are at the highest level of risk and which have no medical benefit are classified as Schedule I. As you move through the list, the risk of harm becomes lower and the likelihood of a positive medical benefit increases.

Drugs under this schedule don’t have any “currently accepted medical use” in the US. They also have a high potential for abuse. Examples of substances under this Schedule include heroin, marijuana, and mescaline.

Substances classified as Schedule II have a high potential for abuse. This may lead to either physical or psychological addiction. Examples of substances in this category include codeine, hydromorphone, fentanyl, and methadone.

A Schedule II drug has a significant potential for addiction if misused, but has potential medical benefits that can’t be ignored. Patients using medications in this class would need to be monitored very closely.

Substances in this category have a potential for abuse that is lower than those in Schedules I and II. Abuse of these substances may lead to either low/moderate physical dependence or high psychological dependence. Anabolic steroids and certain stimulants are placed in Schedule III.

Schedule IV controlled substances have a lower potential for abuse when compared to those in Schedule III. Several benzodiazepines, such as diazepam, lorazepam, and oxazepam have been placed in this category.

Where did you think Klonopin might be listed on the Schedule of Controlled Substances? If you were thinking that it might fit in well with the other benzodiazepines in Schedule IV, you’d be right.

Medications like benzodiazepines are usually recommended for short-term use only due to the potential for misuse (taking them in a way other than prescribed as a doctor) and addiction.

If your loved one is complaining that she needs to use more Klonopin to get the desired result or is taking more medication than the doctor recommended, this could indicate a problem with a benzos addiction. Reach out to us for confidential help today.