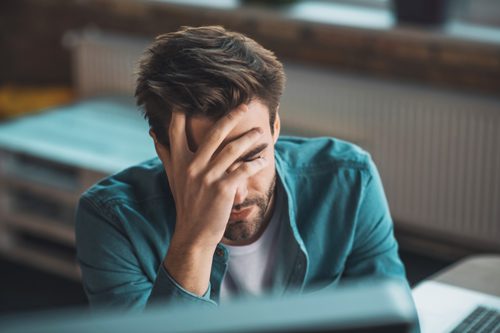 A prescription medication, Ativan is generally prescribed to treat anxiety and insomnia. It is the brand name of the generic drug lorazepam, a benzodiazepine. Ativan is highly regulated by the United States government and is classified by the US Department of Justice as a Schedule IV drug.

Ativan is a strong medication that has the potential to be abused. It is highly addictive when taken for long periods of time, taken in doses larger than prescribed, or used recreationally. People with untreated mental health disorders or who have a history of alcohol or drug abuse have an increased risk of becoming addicted to Ativan.

Once a person is addicted to Ativan, they will experience cravings for the drug. Their need to satisfy their cravings will be so strong that they will continue to use the drug regardless of any problems or negative consequences caused by their actions. Legal, financial, or relationship problems may arise. Work, school, and home responsibilities are often neglected as the user’s focus is mainly on getting the drug, taking it, or recovering from its effects.

As time passes, the user needs to take more Ativan or take it more often to experience the effect they desire. They have developed a tolerance to the drug. Sometimes, people struggling with an Ativan addiction want to stop taking the drug but are unable to. When they attempt to stop, they experience strong cravings and withdrawal symptoms that make them feel physically ill.

Ativan is a central nervous system depressant and is intended to be taken for a short period of time. According to an article in Very Well Mind, anyone that has taken Ativan daily for a few weeks will experience some withdrawal symptoms. The severity of withdrawal symptoms will depend on how long the user has been taking the drug, how high a dose they are taking, and whether they took another substance with Ativan. Withdrawal from Ativan can be very dangerous and even deadly due to the possibility of developing seizures.

Withdrawing from Ativan usually occurs in two stages: the acute stage and the prolonged stage, also referred to as the protracted stage. Generally, withdrawal symptoms begin within three to four days after stopping the drug. However, in some cases, the symptoms of withdrawal begin quickly, within twenty-four hours of taking the last dose.

The acute stage of Ativan withdrawal generally subsides after six or seven days. However, some research studies, including one by the World Health Organization, found that symptoms of acute Ativan withdrawal can last up to four weeks.

Often the acute stage of withdrawal begins with a rush of anxiety, increased heart rate, increased blood pressure, and difficulty sleeping. This is called the rebound effect and is followed by hand tremors, severe headaches, muscle aches, and spasms. The person experiences nausea, vomiting, and severe abdominal cramps. They may find it difficult to concentrate and have problems with their memory. They may feel detached from reality or feel abnormal sensations such as bugs crawling over their bodies.

Additional withdrawal symptoms during the acute phase may include experiencing:

Withdrawal from Ativan and other benzodiazepines is extremely dangerous due to the potential risk of seizures, coma, and death.

The prolonged stage of Ativan withdrawal generally lasts for ten to fourteen days, and the symptoms are much less severe. However, in some cases, this stage can last much longer with symptoms coming and going for several months. In all cases, symptoms typically resolve within one year.

During this stage of withdrawal, the person experiences depression, anxiety, and restlessness. They continue to crave the drug. Extreme mood swings and a feeling of general overall malaise are common. They will experience headaches, nausea, and vomiting. During this stage, some people also experience:

Get the Help You Need

Some people may think they can stop taking Ativan on their own. It is essential to understand that withdrawal from Ativan is very unpleasant. Trying to do it on your own is extremely difficult. Without professional support, you may give in to your cravings as a way to ease the unpleasantness and discomfort of withdrawal. There is also the danger of severe complications such as seizures. Although these types of symptoms are rare, they do need to be managed by medical professionals should they occur.

If you are addicted to Ativan or any other substance, call and speak to a professional at English Mountain Recovery, located in the Smoky Mountains of Tennessee. We will answer your questions and help you travel the road to recovery.

Looking for addiction treatment near Knoxville? To learn more about programs offered at English Mountain Recovery, call and speak with someone today at (877) 459-8595. We are ready to help you or your loved one recover.
0Shares
PrevNext